World's Biggest Carved Pumpkin Is a Tribute to Zombies

World's Biggest Carved Pumpkin Is a Tribute to Zombies

Life-size zombies crawling out of a 1,800-pound giant pumpkin? You have to face it, Halloween carved pumpkins don't get a lot cooler than that.[www.sculpture.cn]

A crowd of Halloween fans gathered at the New York Botanical Garden, the other day, to see pumpkin-carving master Ray Villafane work his magic on the world's biggest pumpkin. Ray, an established artist known also for his incredible toy and sand sculptor, had something special in mind for this year's event, and it's safe to say zombie fans were pleased with his idea. He used two of the largest pumpkins from this year's harvest, one of them a record-holder, to create a creepy scene featuring zombies covered in pumpkin guts crawling out of a giant squash. Ray spent hours painstakingly carving his undead work of art, but his efforts were generously rewarded with cheering and clapping. 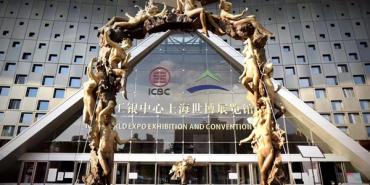 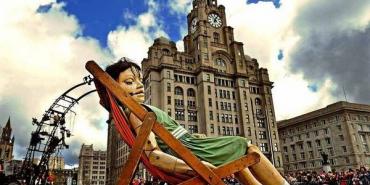 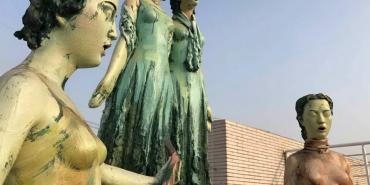